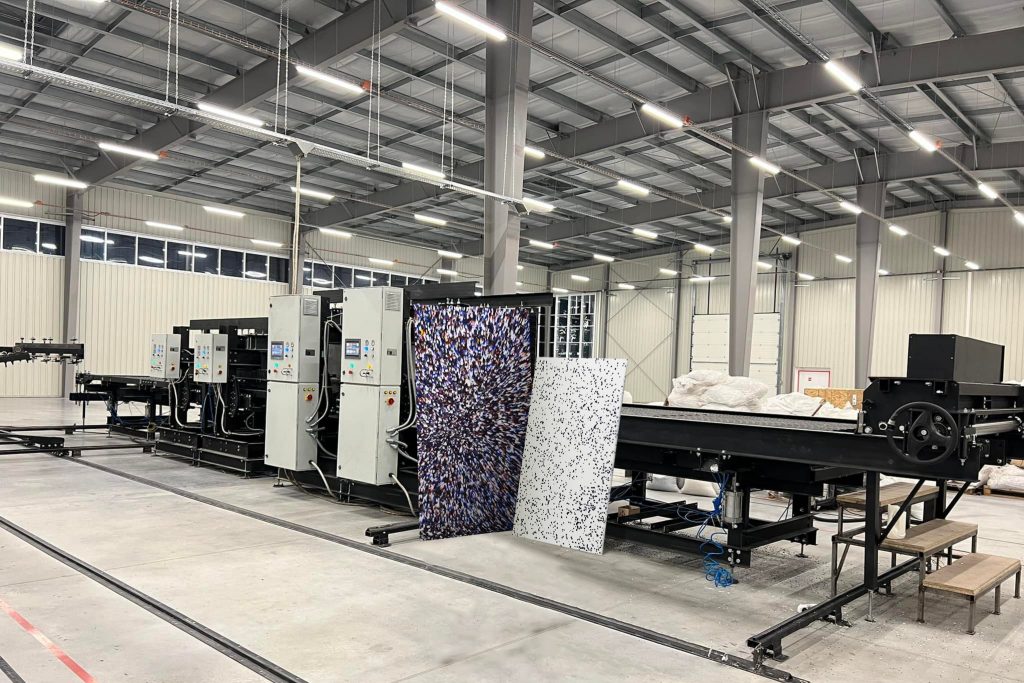 The company started work in a turnkey industrial building with an area of over 5.6 thousand m2.

Bila Tserkva, February 1, 2022. — The Good Plastic Company, a manufacturer of decorative panels made of recycled plastic, has become is next in turn a resident of the Bila Tserkva Industrial Park.

The Good Plastic Company became the sixth resident of the Bila Tserkva Industrial Park. The company signed a contract and started production in a new production and storage building of over 5,600 square meters in December 2021, 4 months after the first visit to the industrial park and inspection of the building, which was then under construction. The full-scale production launch is expected in April this year after the installation of all equipment. The company plans to employ more than 30 people from Bila Tserkva at the plant,” said Andriy Ropitsky, director of Bila Tserkva Industrial Park.

The main features of the unique production of The Good Plastic Company:

The Good Plastic Company’s panels are made from granules of previously used plastic: old appliances, disposable forks and spoons, yogurt bottles, bumpers, ocean debris, etc. The company’s mission is to contribute to solving the problem of the 400 million tonnes of plastic waste that are generated annually.

In November 2021, Ukrainian entrepreneurs Andriy Fedoriv, CEO of Fedoriv Group, and co-founders of Nova Poshta Volodymyr Popereshnyuk and Vyacheslav Klimov, became the investors of the company.

According to Fedoriv, 98% of The Good Plastic Company’s products produced in Ukraine are exported.

This website uses cookies to improve your experience while you navigate through the website. Out of these, the cookies that are categorized as necessary are stored on your browser as they are essential for the working of basic functionalities of the website. We also use third-party cookies that help us analyze and understand how you use this website. These cookies will be stored in your browser only with your consent. You also have the option to opt-out of these cookies. But opting out of some of these cookies may affect your browsing experience.
SAVE & ACCEPT